Air Rescue is a family-owned and Operated Air Conditioning and Heating Company that has served this community and seen the Tremendous Growth of Volusia County. Servicing All of Volusia and Seminole Counties as well as Parts of Orlando and Flagler Beach. Carl Isbell, Founder, and Owner of Air Rescue is an Army Veteran and Served Our Country In The VietNam War. He is A Patriot and Loves his Country and if you were to cut him He might Actually Bleed Red White & Blue. He Has two daughters and a son who have had active roles in the company and still do. His Son Brian is the Next Generation in line to Take the reigns and serve the community for generations to come. Carl carries more than just the one STATE Contractors license for HVAC, He also carries two separate licenses pertaining to the Biological Growth that we battle every day inside our Homes due to Poor Air Quality. IAQ ( Indoor Air Quality) is something we are very passionate about and we take very seriously. “People are sick in their own homes and don’t know why”, some just chalk it up to Allergies. So Carl went and got State Certified to deal with this problem by attaining license in Remediation And Assessment. Making Air Rescue the only HVAC contractor in the area holding all three license separating us from the pack and allowing us to solve serious issues we face every single day in the homes we often visit. 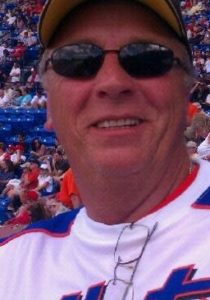 Carl Isbell – Founder & Owner
“CJ” The Guy who Started it all. Started CJ’s Air Heating and Air conditioning INC back in 1988; now known as Air Rescue Air Conditioning by CJ’s

Brian Isbell – Vice President
The Next Generation of Air Rescue. Brian has been in the industry his whole life riding “shotgun” with His Father. Air Rescue by CJ’s is a True Father and Son company

Find Us On Social

We use cookies to ensure that we give you the best experience on our website. If you continue to use this site we will assume that you are happy with it.Accept